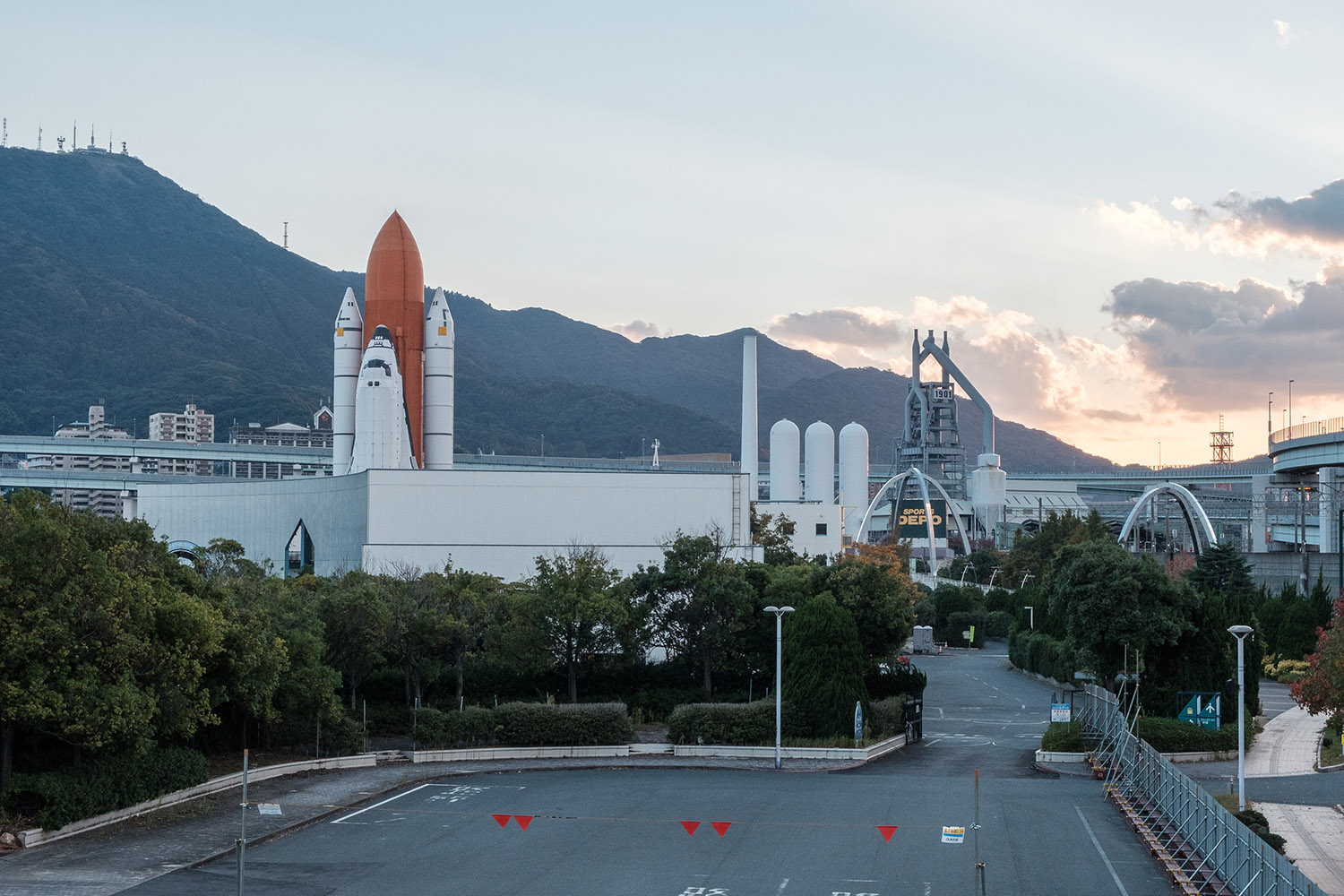 Yahata, Moji, Wakamatsu: Triptych, 3 Photos
Space World (at the beginning of decommissioning) and Blast Furnace, Yahata, 2018
The rocket was built of scrap metal from the adjacent iron works and constituted a central attraction of the former amusement park (closed in 2018).


Based on exploratory flaneurial research and a series of private performances in the city of Kitakyushu „Kitakyushu Study Set“ re-stages different strolls through urban and sub-urban areas, actions and observations compressed into one stage-like space – and – simultaneously it is an exercise in mimicry and low-level appropriation: The profane, sometimes melancholic everyday meets with the remnants of history, the bygone push of industrialisation, echoes of the Meiji Restauration and some unexpected spectacles of light and nature, just as your normal everyday, en passant …

Once a core industrial life node in the northern part of Kyushu the city of Kitakyushu has seen the effects of de-industrialisation and an ageing population leaving their marks in the cityscape. After the decline of steel production and manufacturing, one of the main industries that the city is trying to attract and develop (apart from robotics and environmental sciences) is tourism. Taking this to heart I set out to investigate and observe the city and visit as many sight-seeing and historical spots as possible. Researcher and tourist. Tourist but not tourist.

I came to Kitakyushu with the intent to research Japanese myth, landscape and history, which I did. However, present day Kitakyushu had a very peculiar atmosphere and differed profoundly from previous experiences I have had in or of Japan. Living in this city provided an interesting encounter with reality. What I saw was a place in the middle of a transition, direction not yet decided, a place that presented a special type of void. It is an unquieting, yet interesting, an underdetermined void.


Rules for the installation: 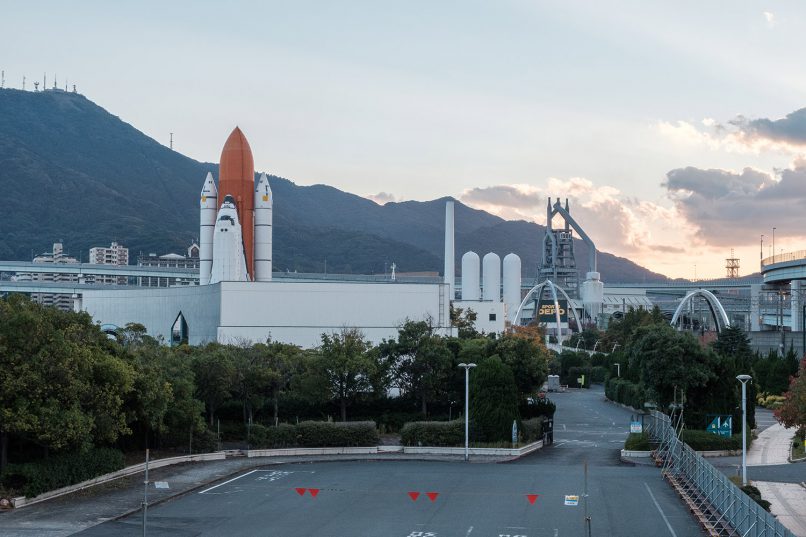 Yahata, Moji, Wakamatsu: Triptych, 3 Photos
Space World (at the beginning of decommissioning) and Blast Furnace, Yahata, 2018
The rocket was built of scrap metal from the adjacent iron works and constituted a central attraction of the former amusement park (closed in 2018). 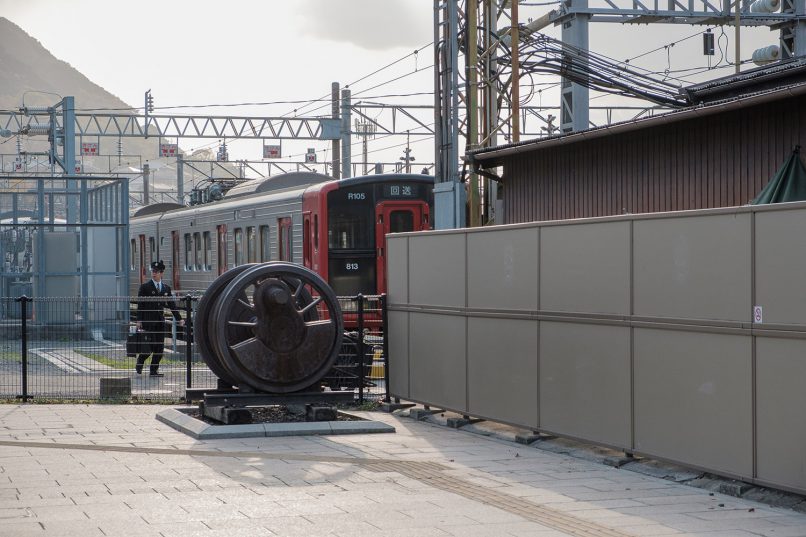 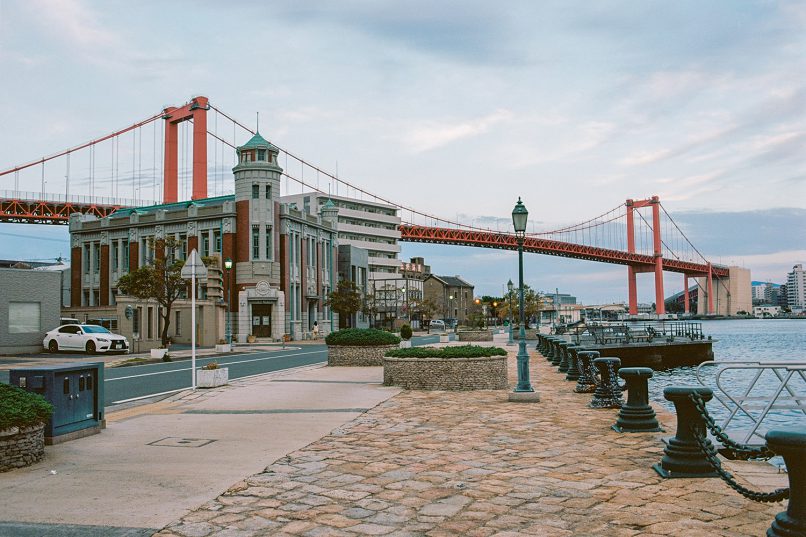 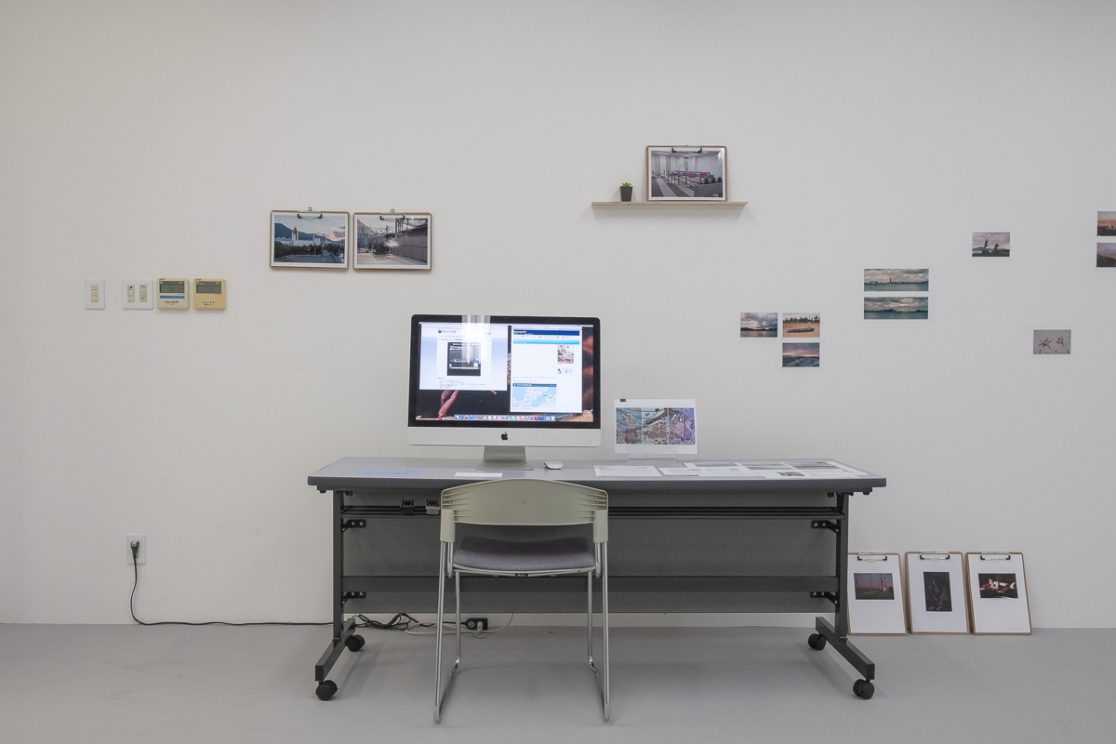 The Office/ Miniarchive (1st draft) – Materials Desk
Live webcam to the Kanmon Straits, background material on the battle of Dan-no-Ura (which took place at the Kanmon Straits), information
on Heikegani and their historical context, ship collection (photos) 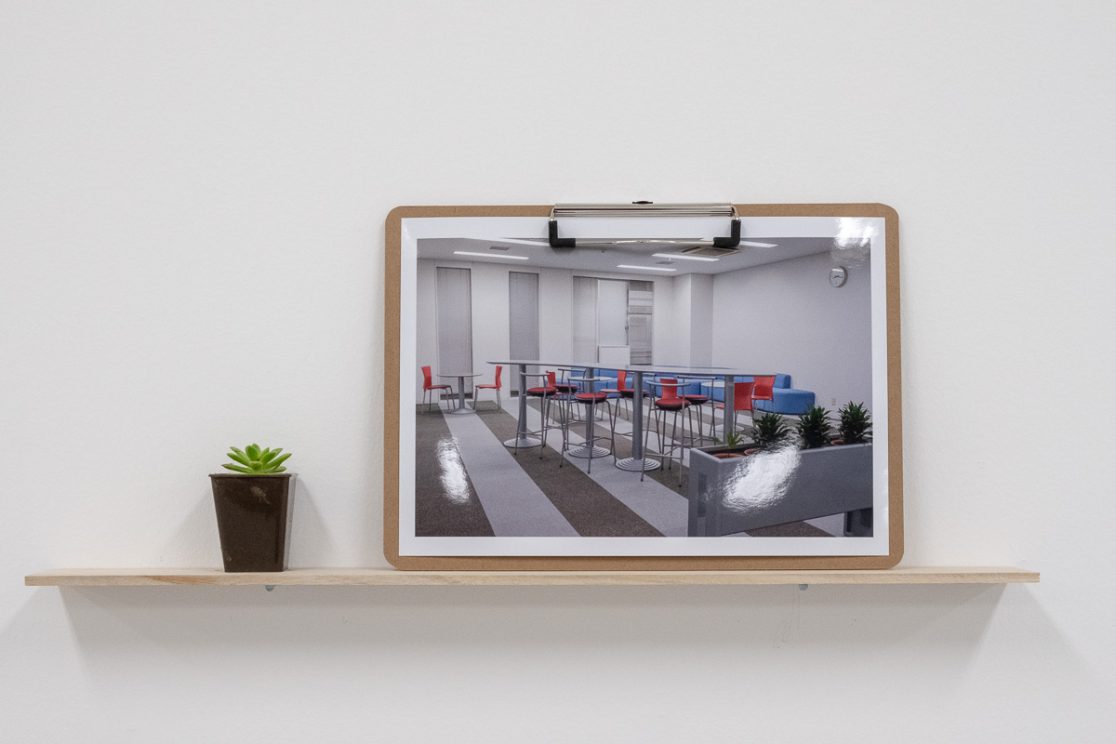 Kitakyushu Study Set: Installation Detail: Notes from the Kanmon Straits (Above, on the surface and below)
Photos on Clipboards, Kanmon Straits Crossings; Currents (Video); Decommissioned (Video) 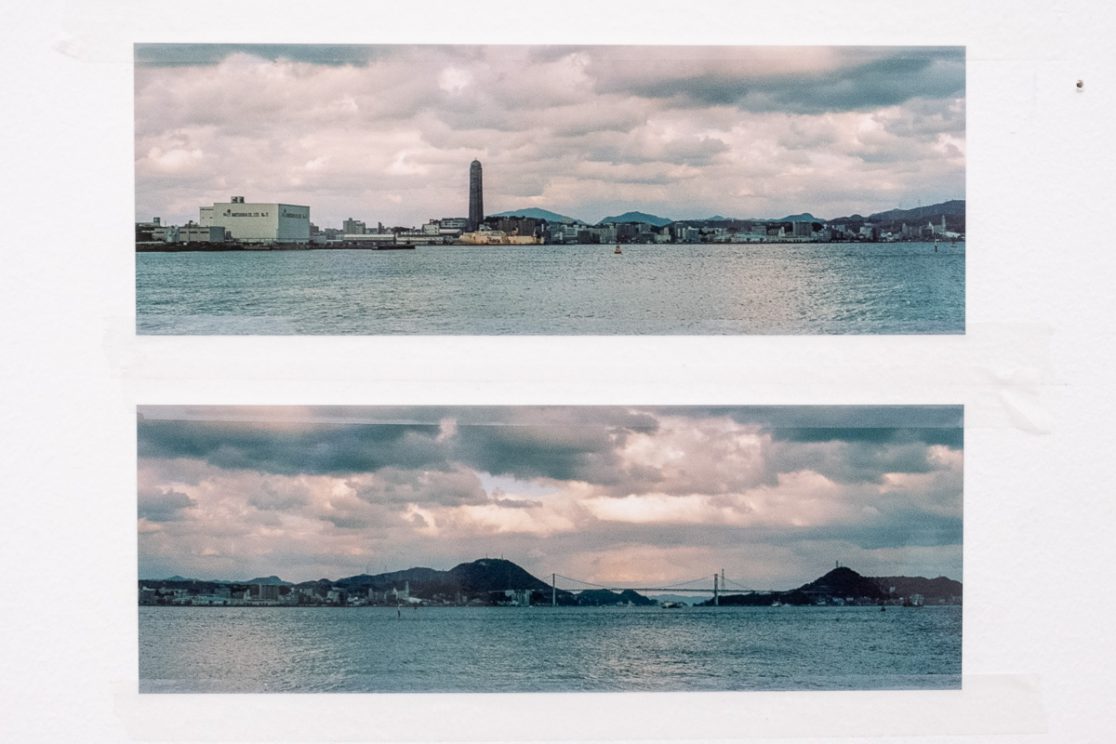 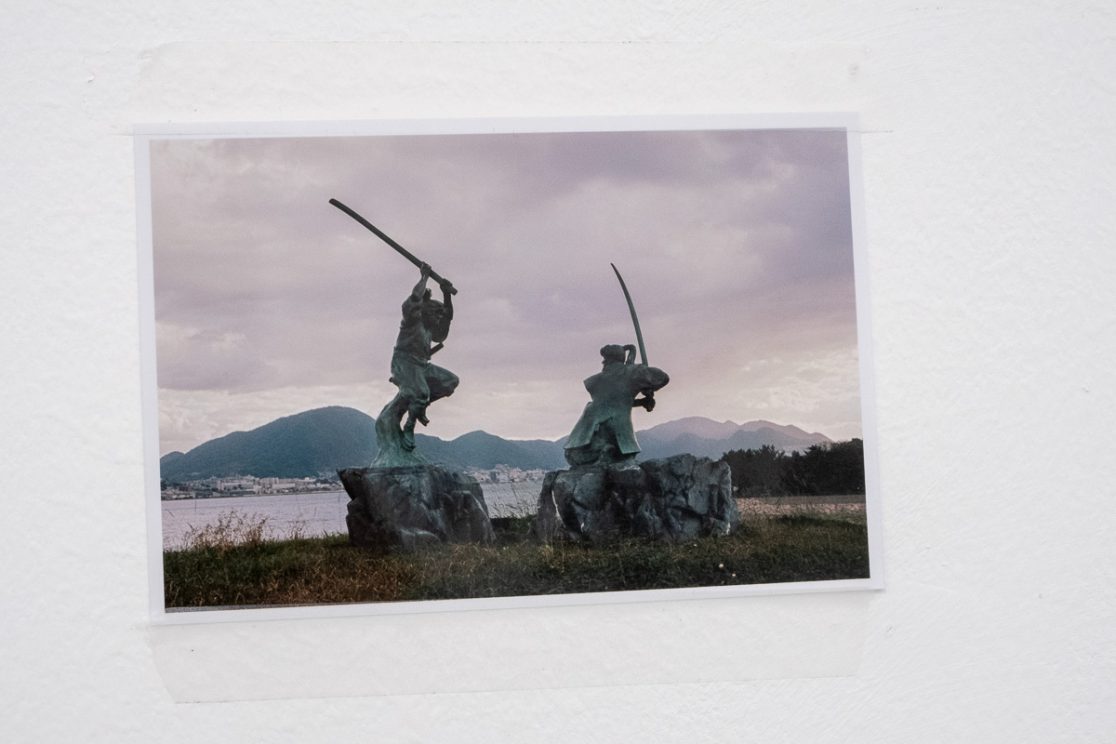 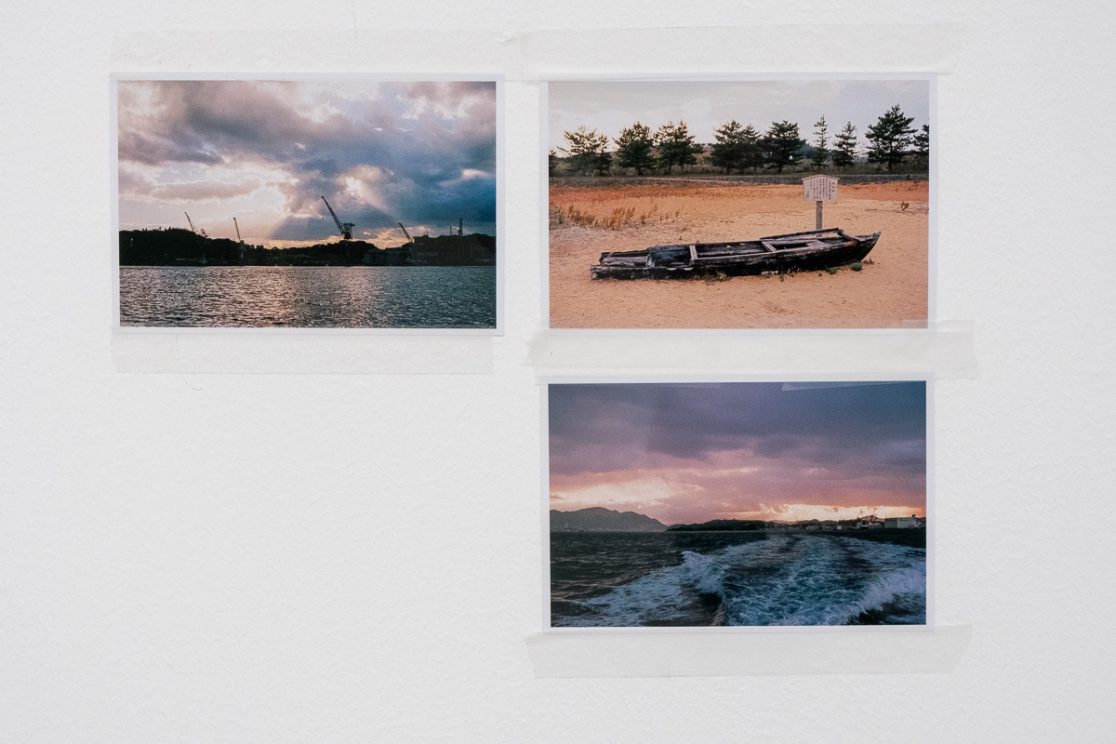 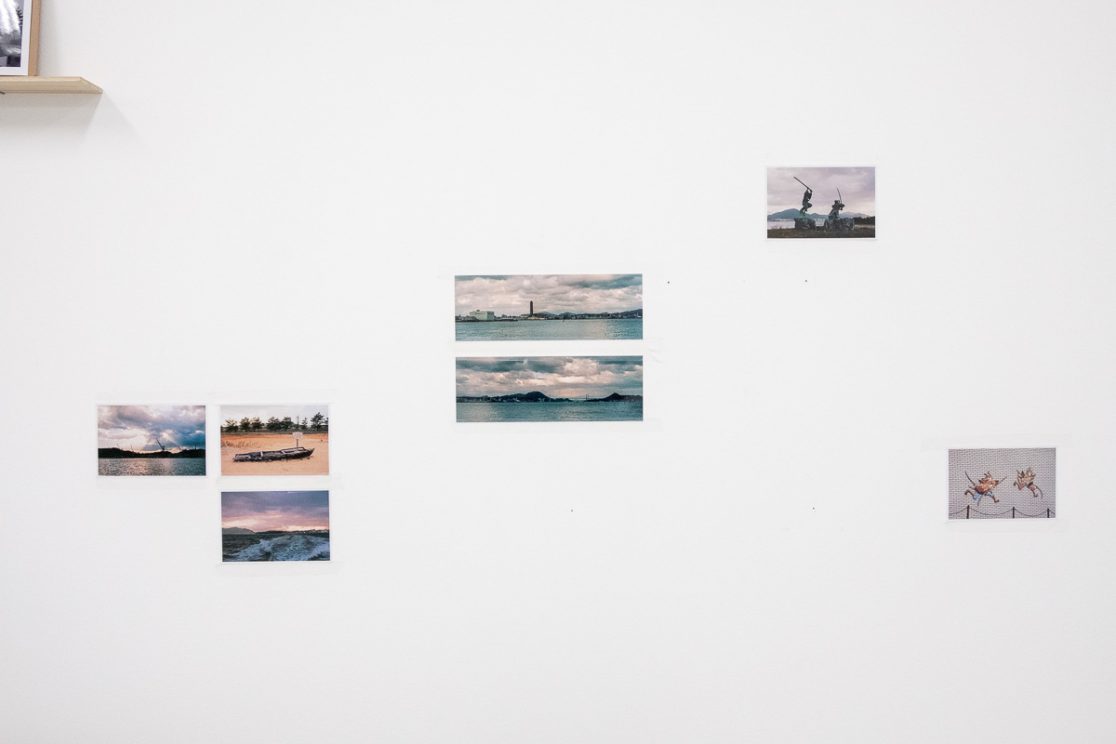 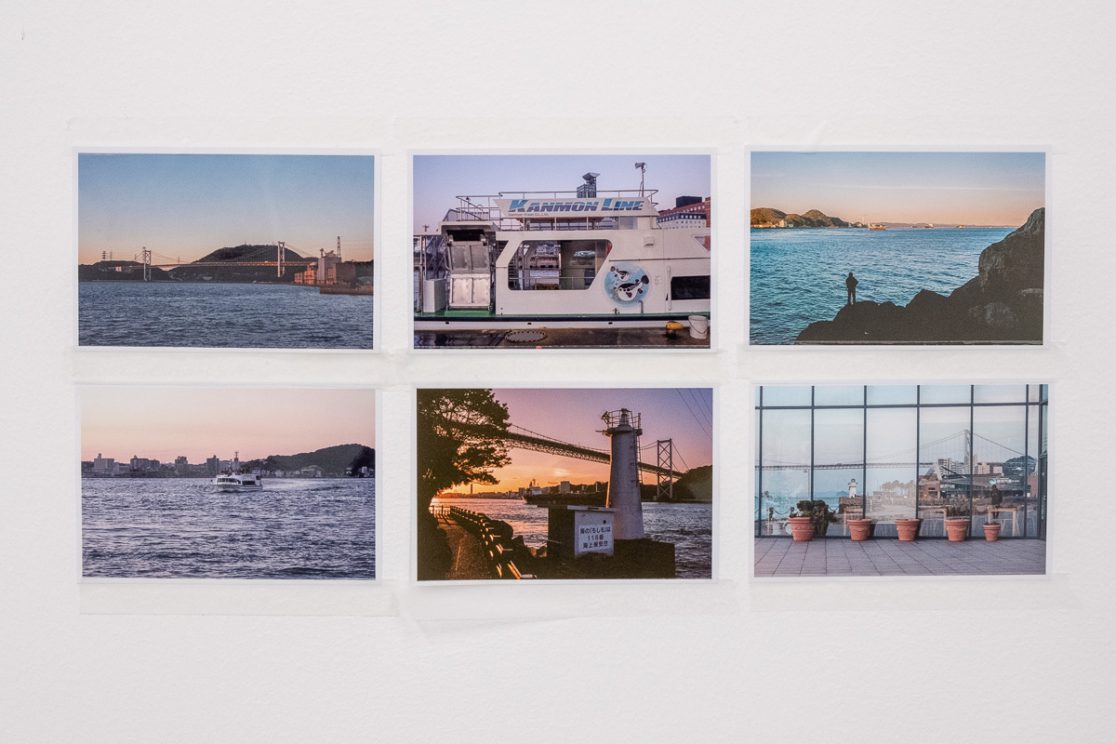 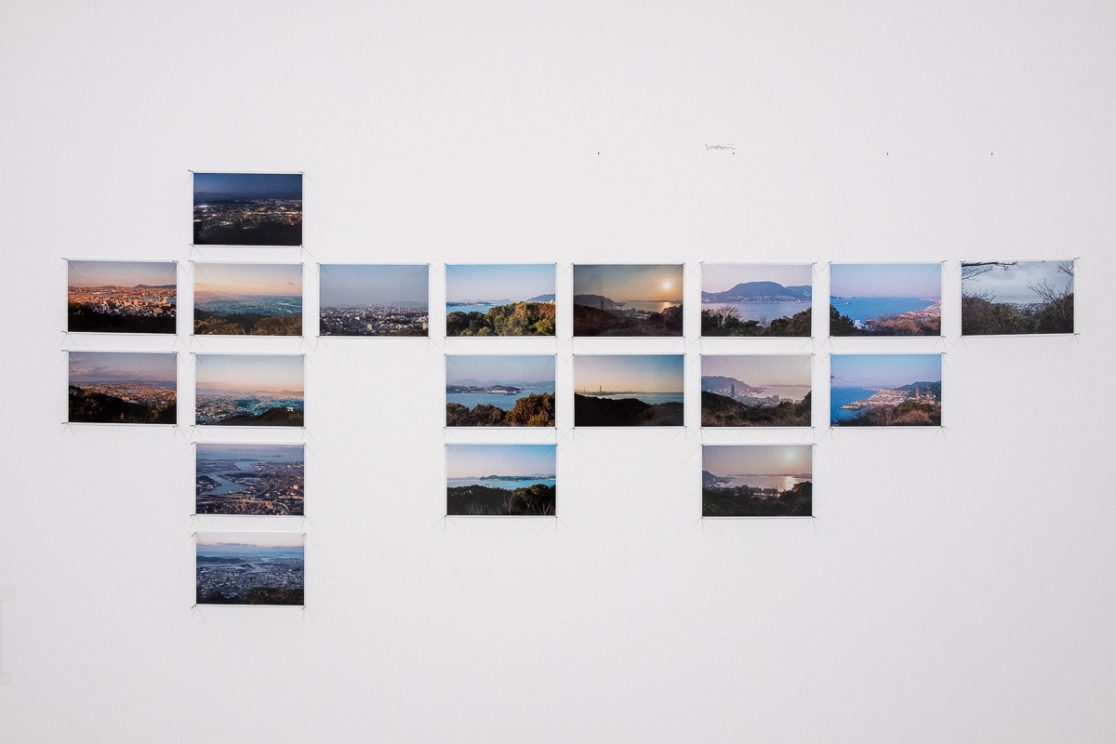 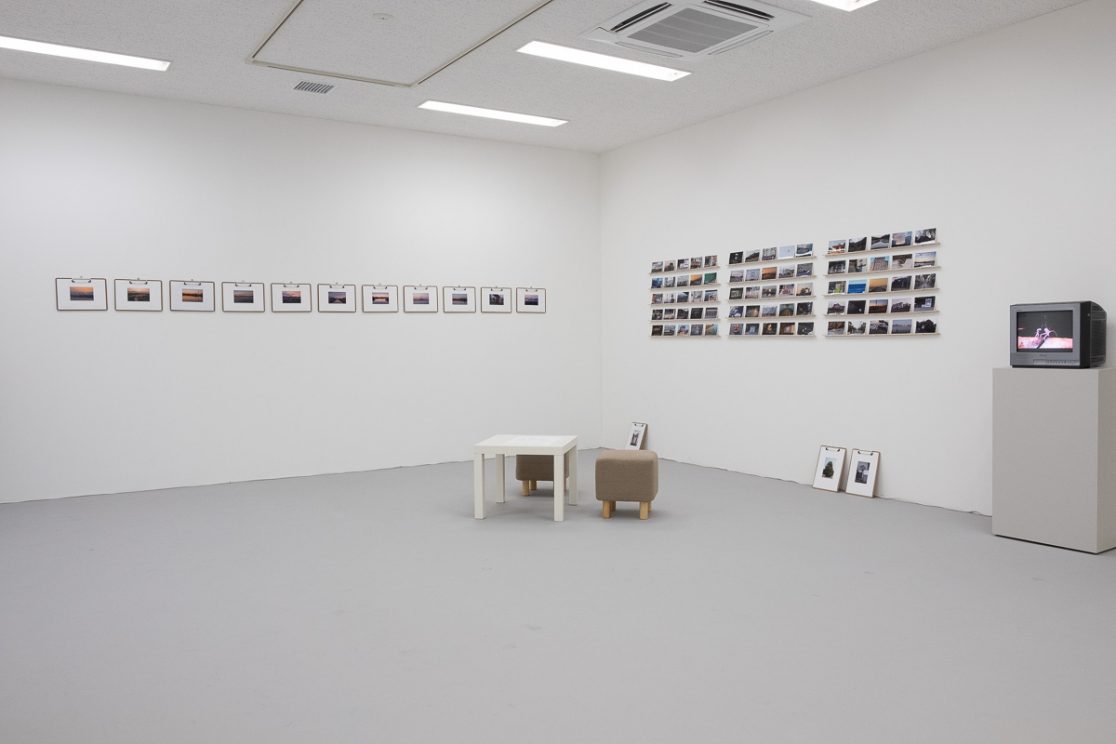 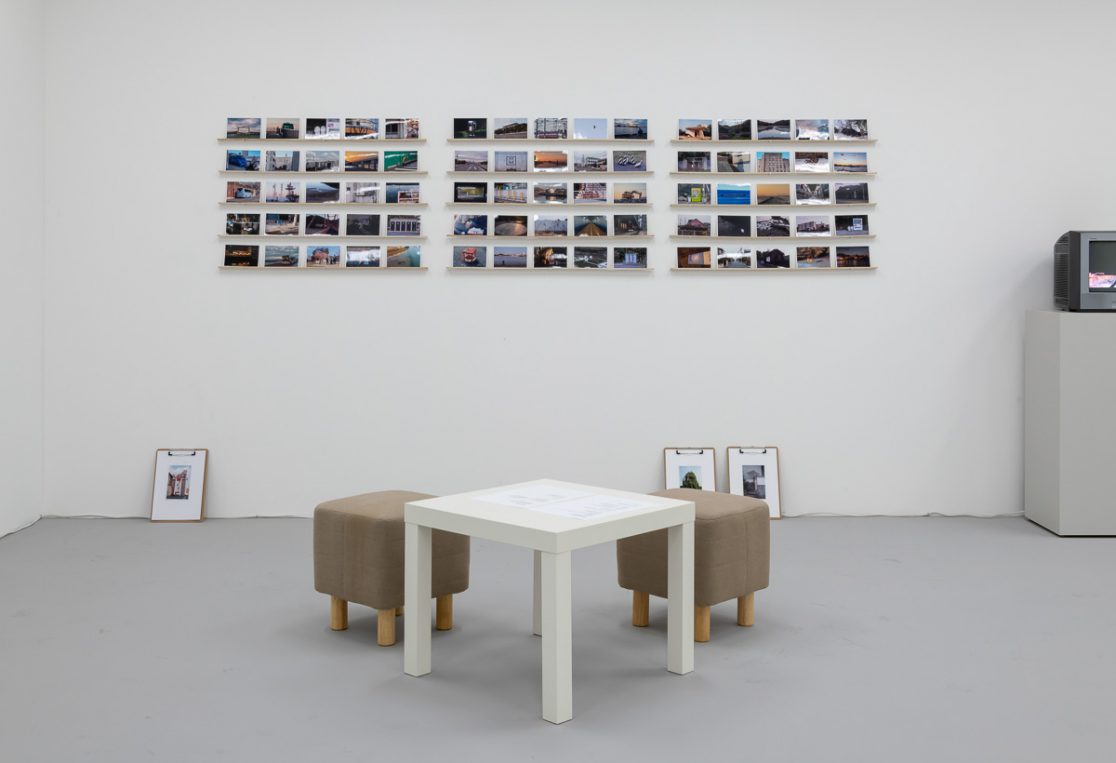