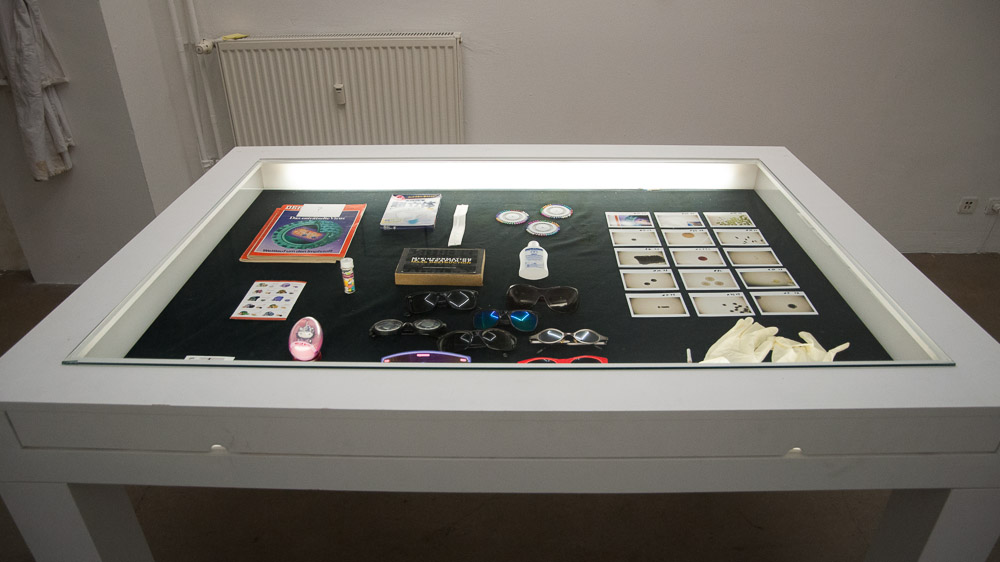 VIRUS/SUPERSTAR casually explores the metaphoric power of the concepts “virus” and “superstar” in our everyday life.

Originating in the sciences in the last century, the term virus has since entered other fields (e.g. »computer virus«, viral marketing) and in recent years also developed a certain media notoriety. The superstar is also a creation of the 20th century and closely linked to mass media. The project VIRUS/ SUPERSTAR probes on cross-breeding these two concepts. During the presentation at MASA BERLIN an associative play is set into motion by drawing on the artists own memories of her first encounter with the concept and associative present day probing. These are displayed using everyday objects on the stage that is set by the MASA vitrine and accompanied by lists of virus music, games and toys. Also the audience is invited to either draw, write down, or verbally communicate ideas concerning their own notions of VIRUS/SUPERSTAR. These contributions are subsequently structured and re-moulded to become incorporated into a growing mental map of associations in the further development of the project.

MASA BERLIN is a vitrine/exhibition which migrates to different places sometimes institutional sometimes (not yet) institutional. However, on each occasion the hosted MASA table becomes at the same time a host for another artist. MASA BERLIN was initiated and organised by Isabel Schmiga and Sandra Teitge.