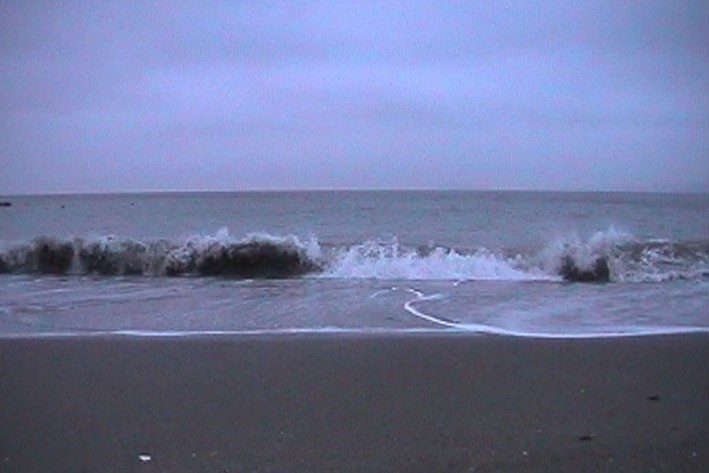 It was the day before the Taifun. I went to the beach to look for MountFuji on the other side of the water. Unfortunately he did not show himself (or did he?) and so the pursuit of the majestic volcano became a study of the process of looking, recording, yearning and recollection.

As one might know, Japan often serves as an ideal projection space for what is alien, foreign, different and exotic. At the same time the stereotypical represention of Japan follows the rather peculiar, occasionally bland iconography of „Geisha, Samurai, Sumo, Sushi, Harakiri, School Girls, Manga“ to name just a few. Mount Fuji, however, plays a particular role. Here self and foreign attributed iconography meet. For the Japanese the Fujisan is a holy mountain and has been paid hommage to in numerous ways – in Ukiyo-e wood print, calenders, pilgrimages, postcards, film allusions, artistic practise. But also in the West it holds true that even without having seen him in „real life“ one has an idea of how he might look like (after all he has a very particular appearance.)

Amongst other things, this video with its deliberate use of an early consumer camera auto-focus camera aesthetic (in the times of HD) wonders about: